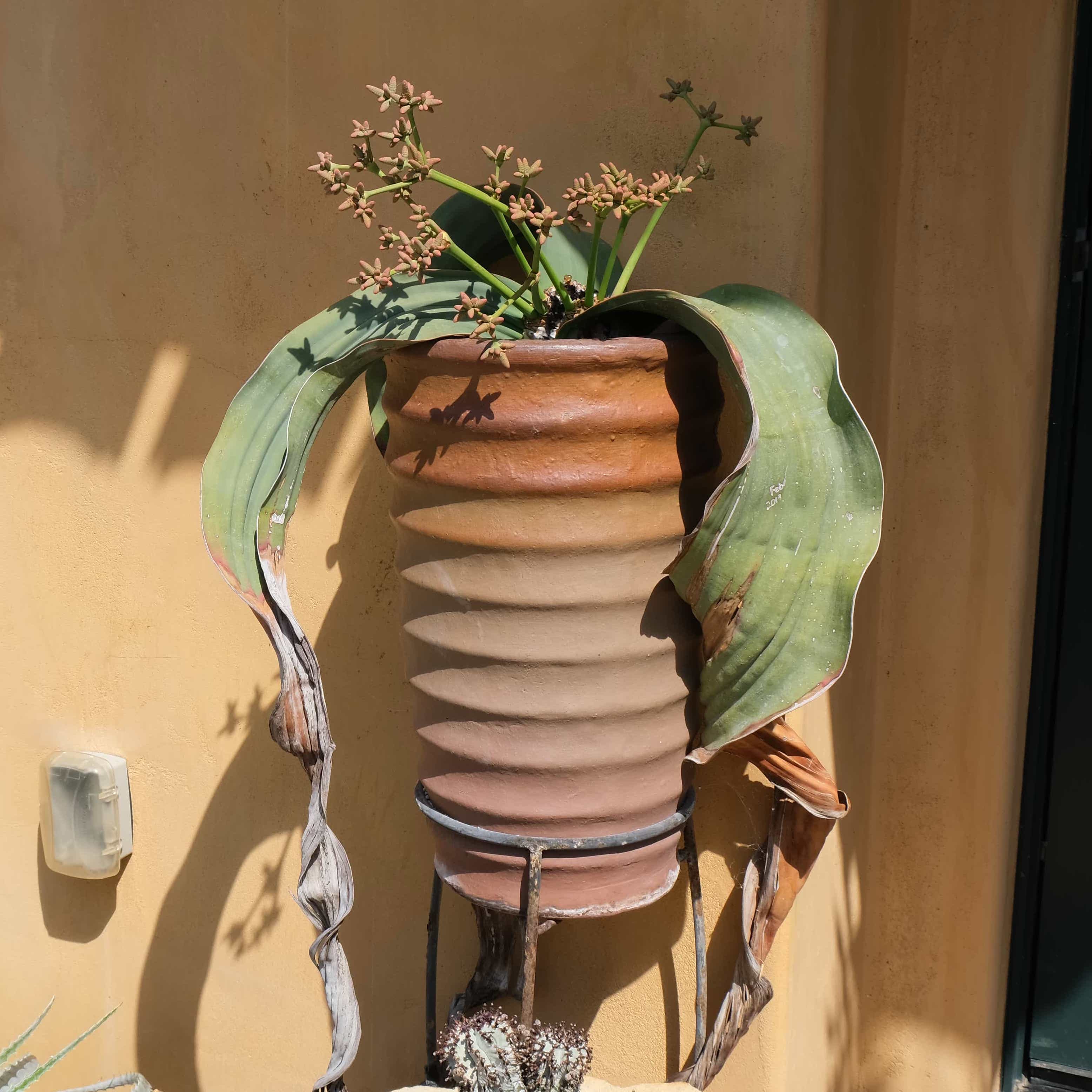 Origin and Habitat: Welwitschia mirabilis is endemic of Namibia and Angola in a narrow strip, about 620-750mi (1000-1200 km) along up the coast from the Nicolau River (north Mossamedes or Namibe, Angola) to the Kuiseb River (Swakopmund, Namibia). The plants are seldom found more than 60-90 mi (100 to 150 km) from the coast, and their distribution coincides with the fog belt.

‍Habitat and ecology: This plant is confined to the cost of the Namib desert. The plants occurs scattered in patches on sandy or stony plains and hills under extreme xerophytic conditions. The plant is perfectly adapted to live in the fog zone and draws all its water from the fogs which roll in from the sea. The Welwitschia mirabilis absorbs water from fog through the millions of stomata on the surfaces of it's large leaves, from there the water is transported to the roots, where it is stored. The stomata remains open under foggy conditions and closed when it is hotter and although much of the water that has condensed on the leaves runs off the direct intake of a proportion of this water takes place. In most parts of its habitat the rainfall does not exceed 1 in (25 mm) per annum. Temperatures differ greatly, between up to 114*F (45° C) by day while in winter night frosts occur. 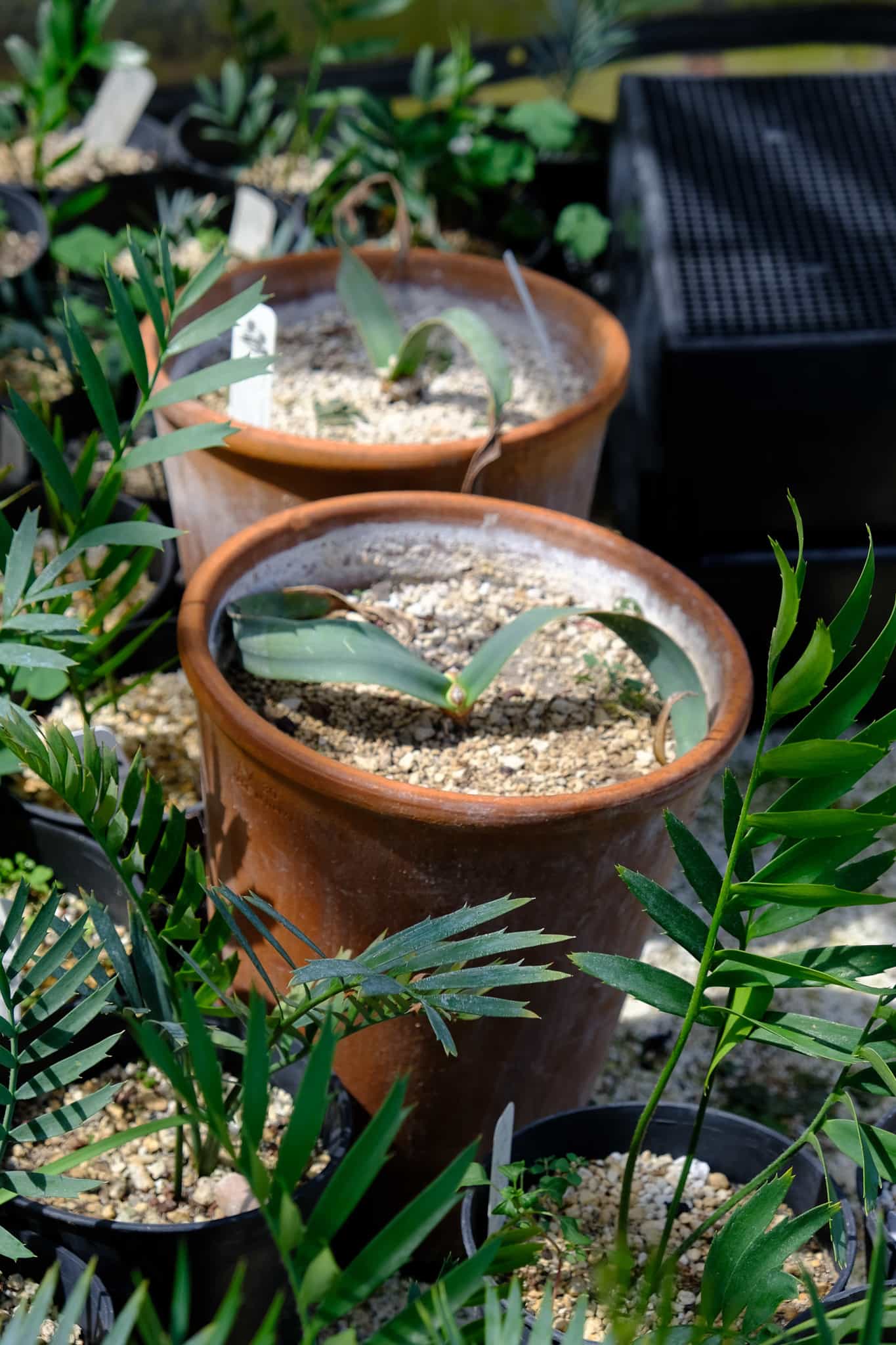 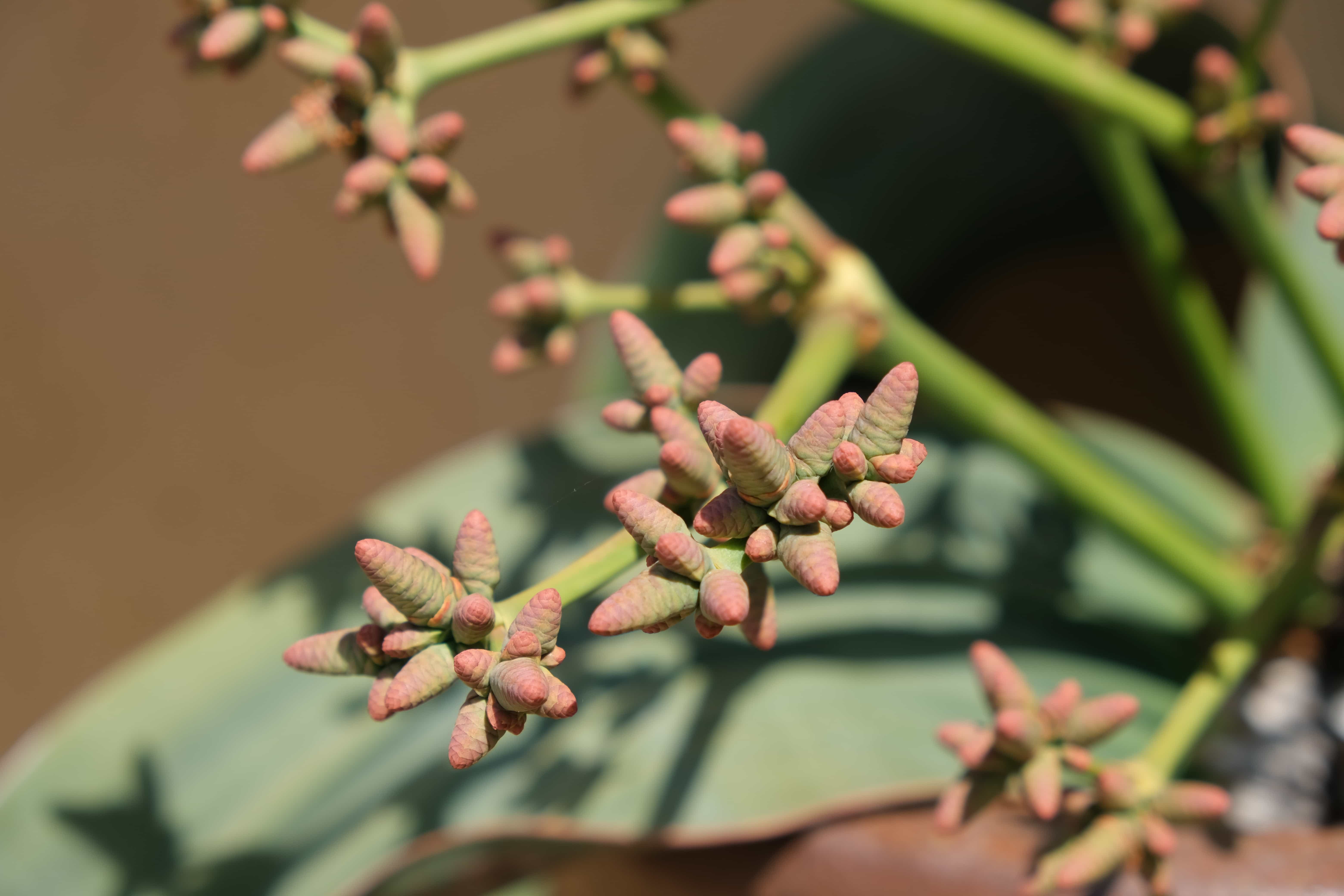 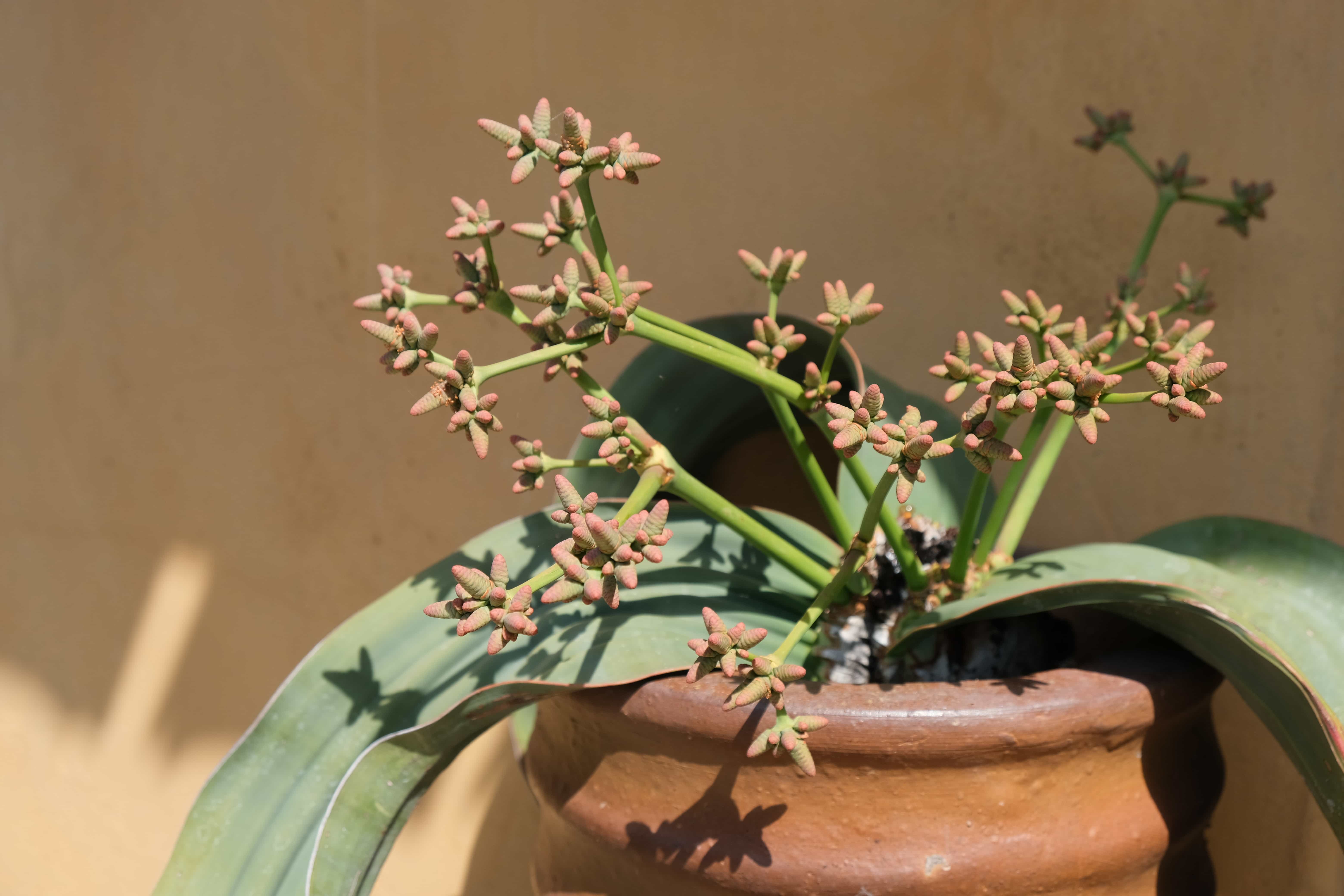 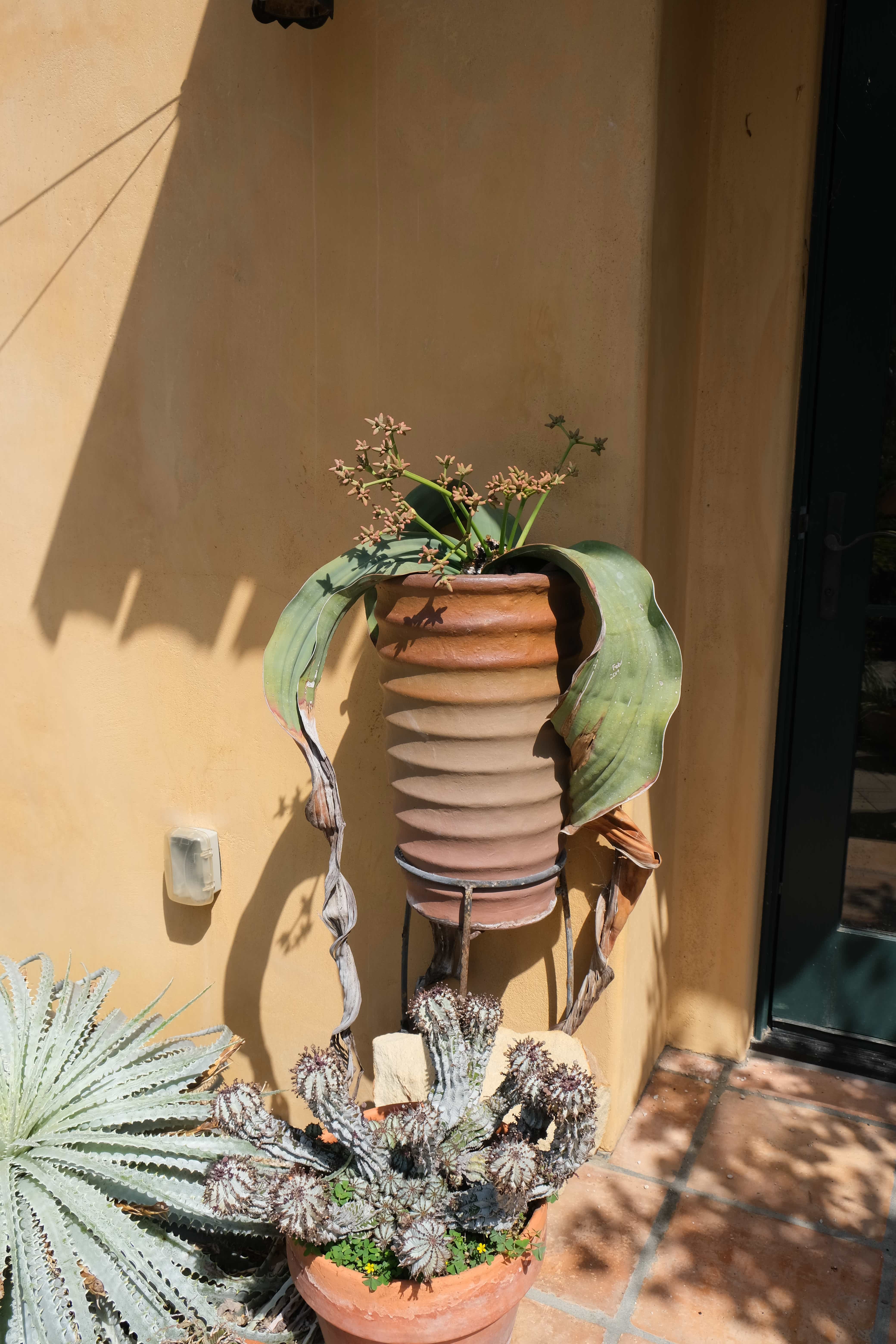 Cultivation and Propagation: Difficult to cultivate it is thought that it requires desert conditions and room to accommodate its long tap-root, so in cultivation they are mostly underwatered to prevent rot and often they die from underwatering, But be aware that Welwitschia are not succulent plants, so should not be allowed to dry completely at any time. During the summer, if grown in full sun they can be drenched thoroughly, allowing to become slightly dry between waterings, but care should be taken that the soil does not dry out completely. It is thought that they must have a very deep pot to thrive, but it is now known that they will live quite nicely in a standard depth pot. The will slow their growth when transplanted. During the natural resting period in winter, watering should be reduced, and increased again in late spring when the weather warms up again.

‍Propagation: By seeds on light draining soil with a temperature above 65-75 F (20-25° C). They must be kept very moist for the first weeks, then, they are quite easy to maintain, and they add considerable to their size. The seedlings will only survive, given a constant moist soil. 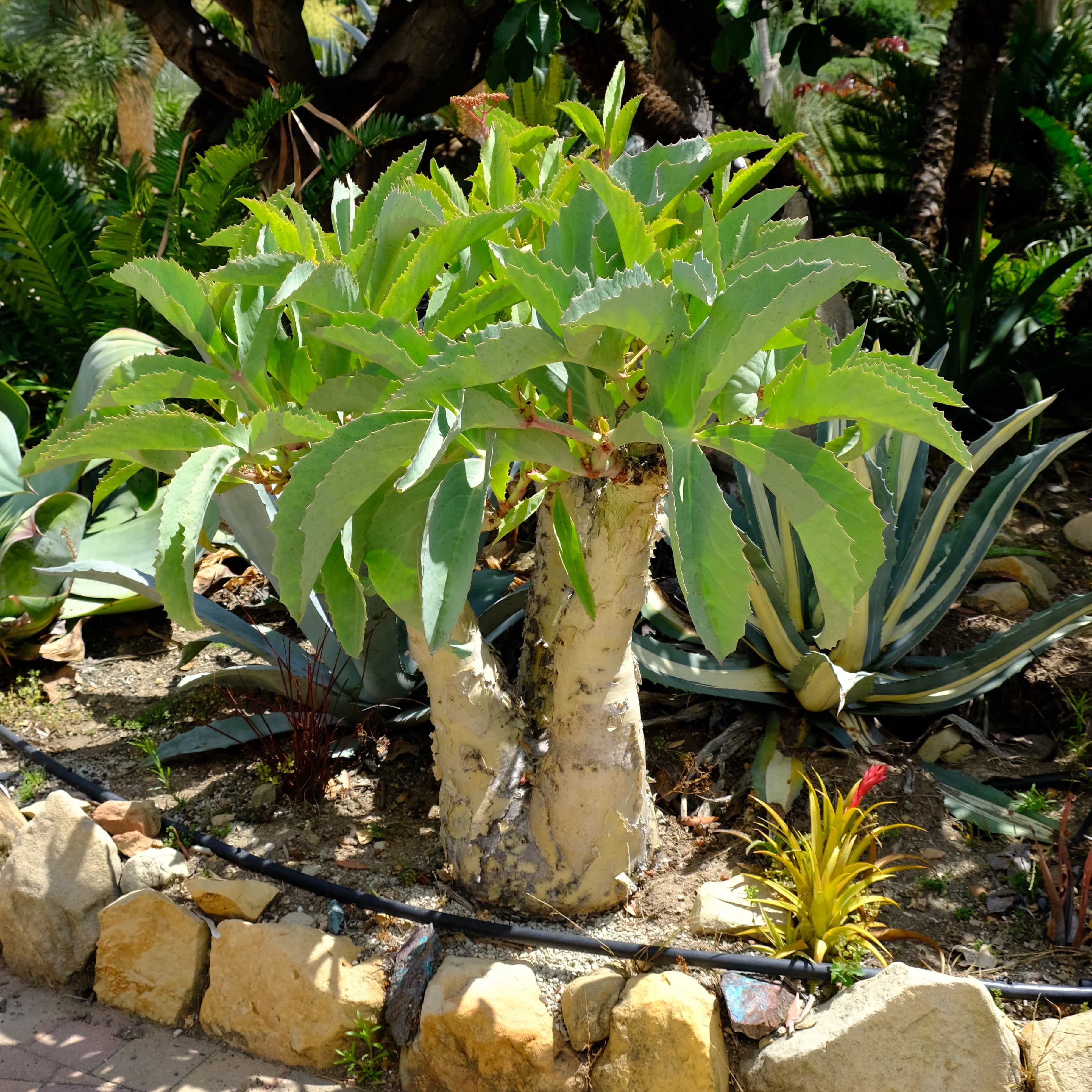 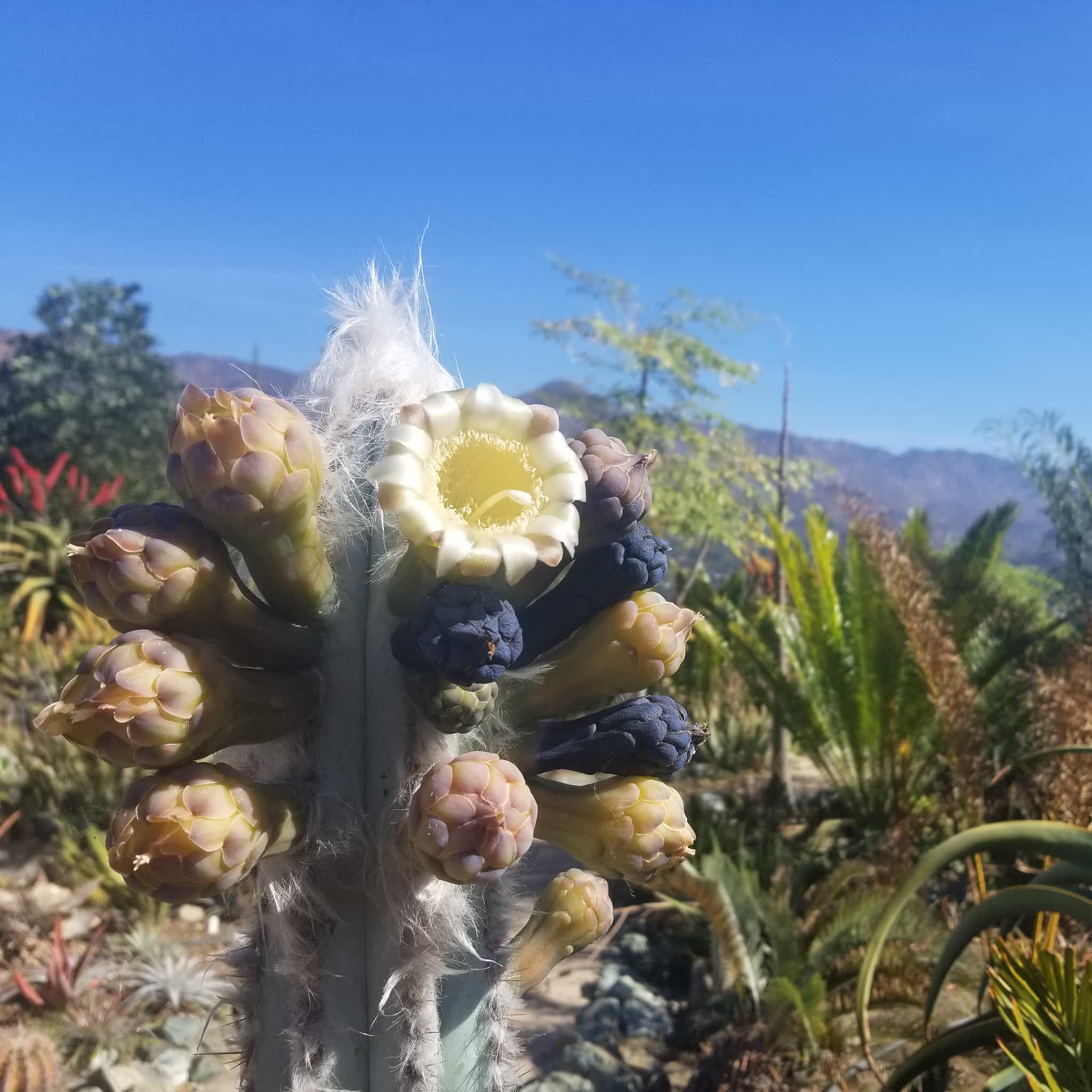 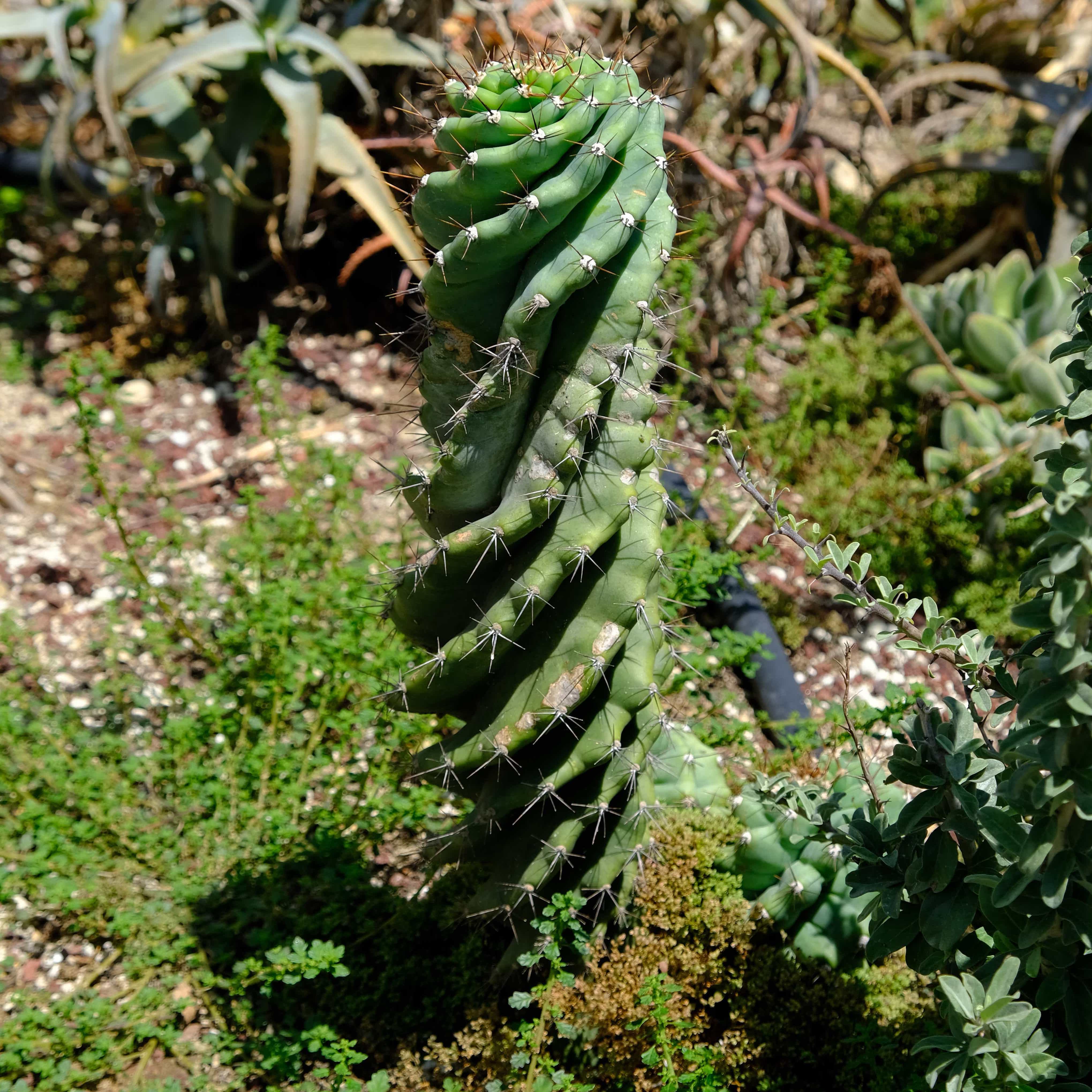