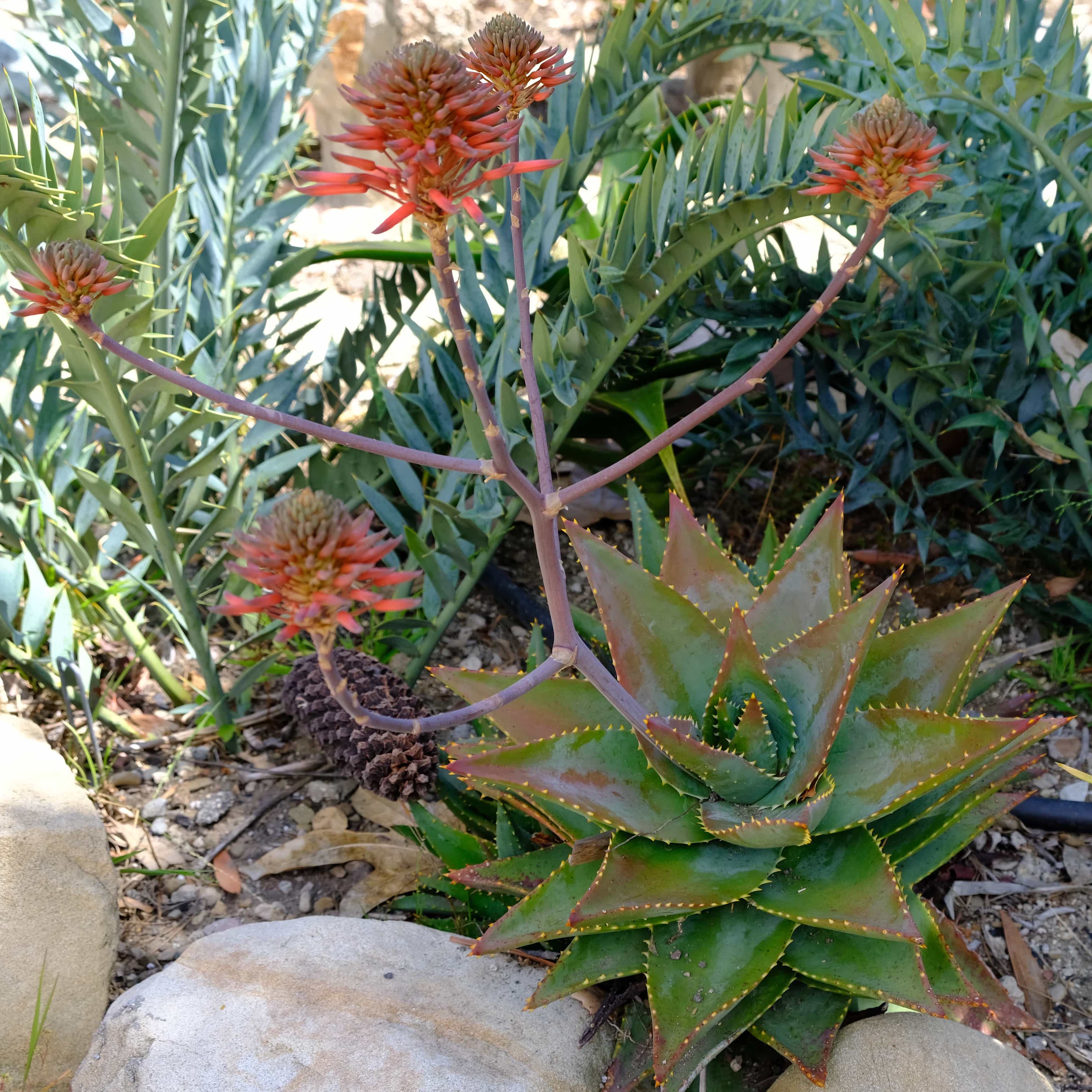 Origin and Habitat: South Africa (Western and Northern Cape from near Genadendal in the south to the Bokkeveld Mountains near Nieuwoudtville in the north)
Habitat: Aloe mitriformis (perfoliata) is a mountain and winter rainfall species that grows at altitudes of 3,925-4,920 ft (1,200-1,500 m). Plants are found characteristically among rubble-like sandstone slabs and granite outcrops, rocky ridges and lower slopes. In its natural habitat, the plants have long and creeping stems that often have secondary side shoots along their lengths. Instead of making upright stems, they tend to follow a sprawling habit with prostrate stems reaching up to 6.5 ft (2 m) long. They typically lie along the ground with only the terminal leaf-bearing portion erect. It occurs mostly in groups and also may grow down vertical cliffs. 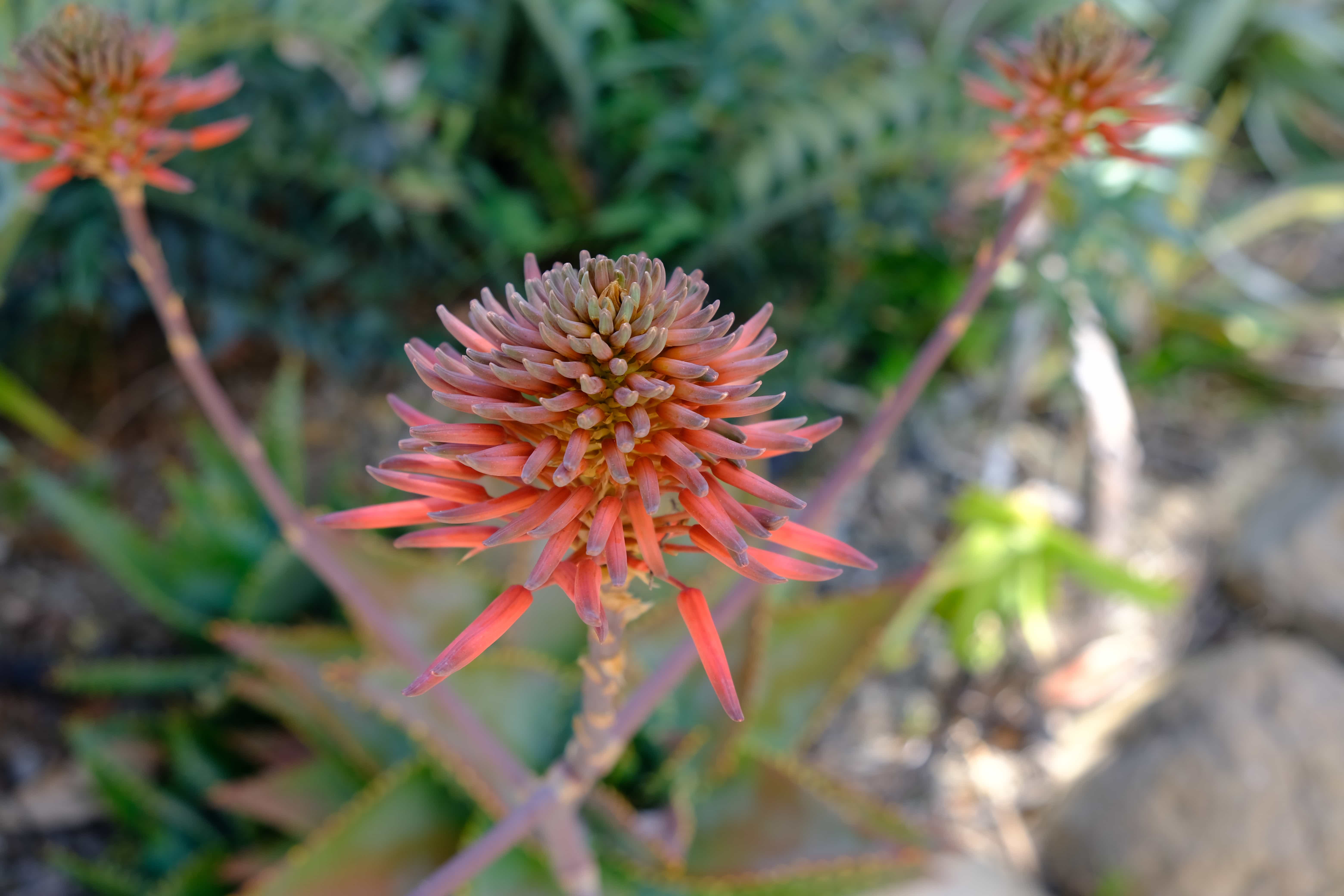 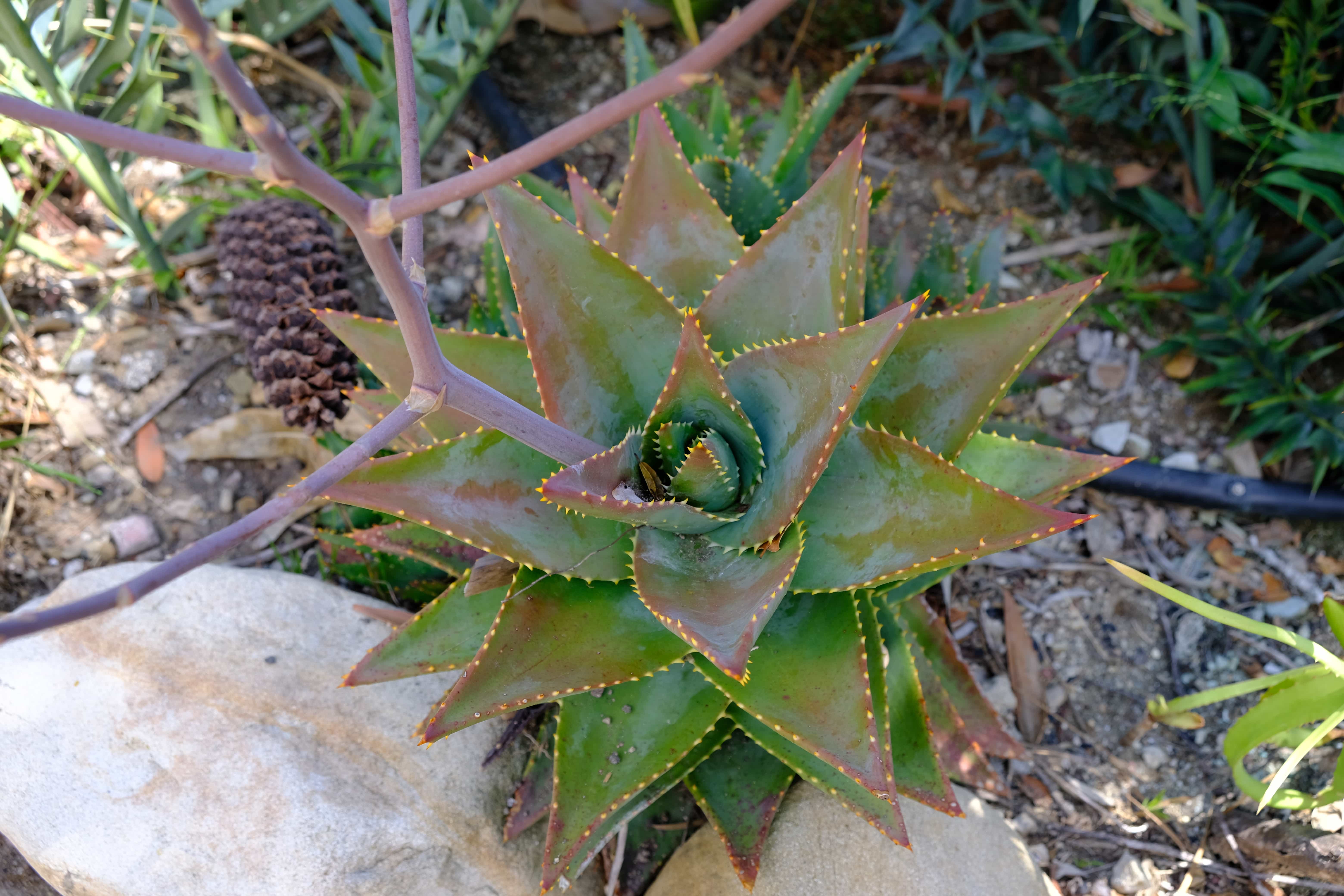 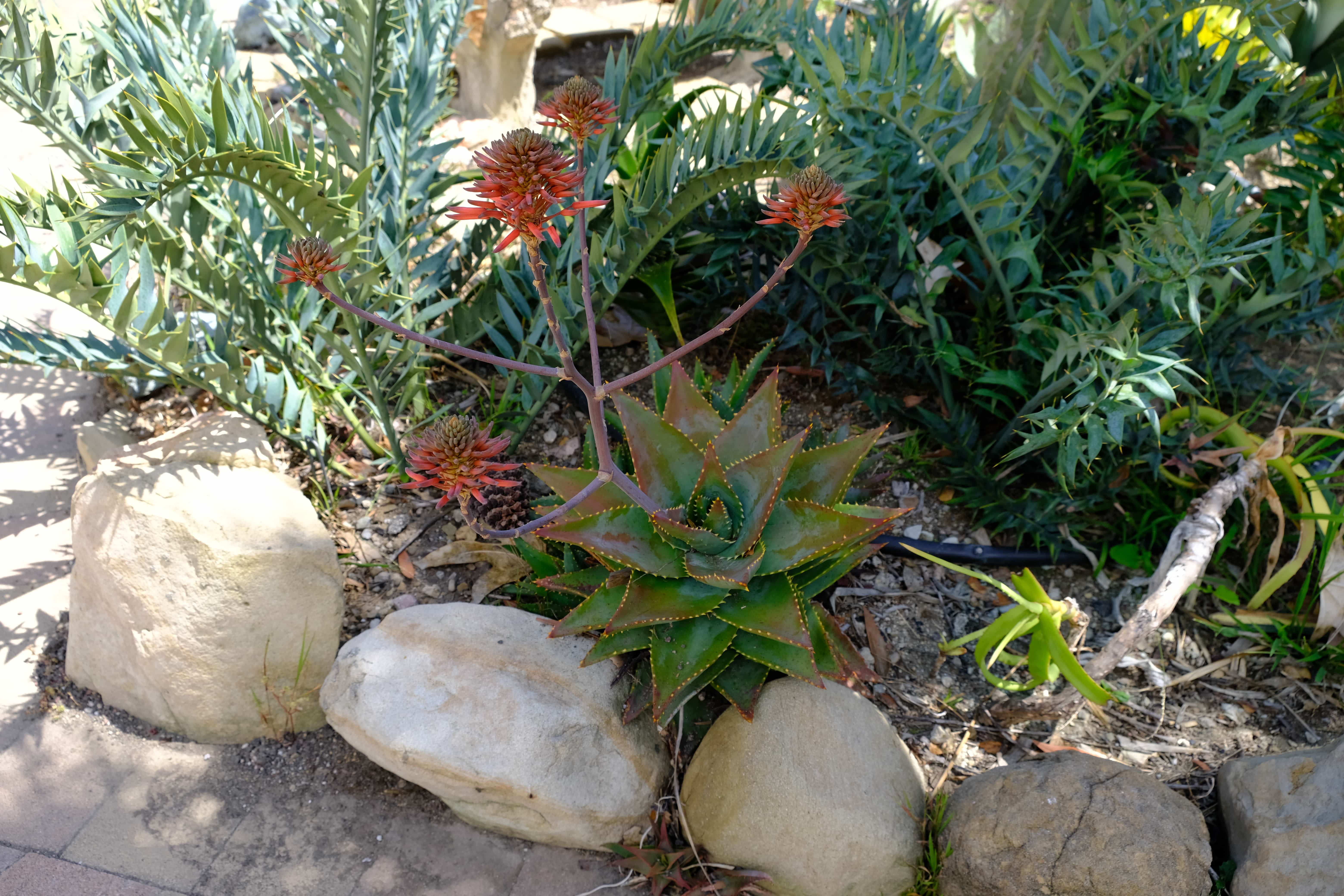 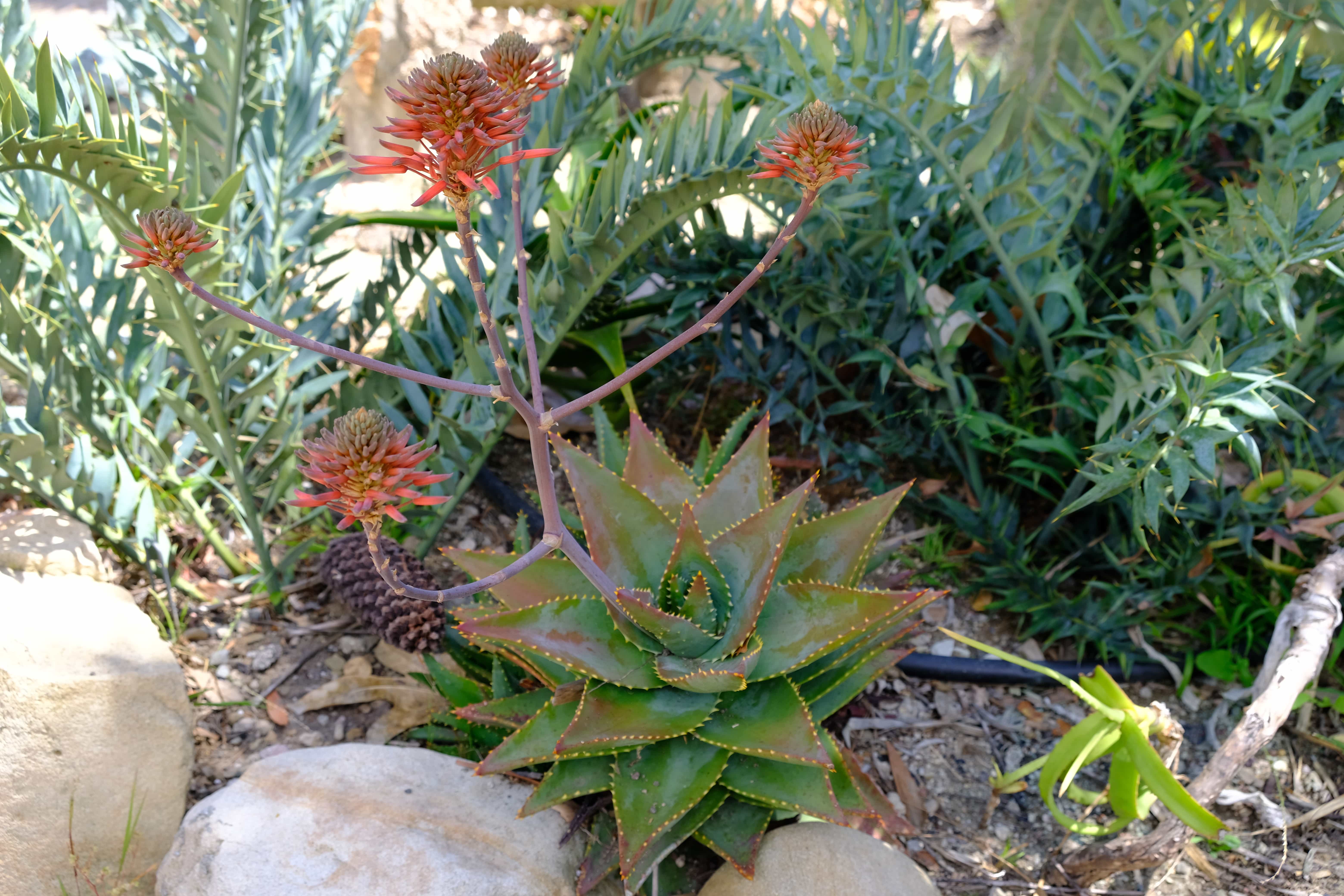 Description: Hardy clustering succulent forming groups of rosettes in small colonies. Plants sprawl along the ground with ends ascending and leafy. Aloe mitriformis is very variable and it is difficult to single out specific characteristics that distinguish it from other creeping aloes.
Stem: Fairly thin and not strong enough to support the large rosettes in an erect position.
Leaves: Leaves short, broad, fleshy and bluish-green in colour. The leaves, are arranged in rosettes (circular leaf attachments), heads (15 to 18 cm across and up to 30 cm tall) may spread erectly or curve inward. Plants that are in full sun often have more bluish leaves than those that are in shady areas which have more dark green leaves. The plants that are fully exposed have a tighter leaf arrangements as opposed to the more spaced leaves on shaded specimens. Most leaves are without spots or lines but the leaf margins are armed with harmless, small white teeth, which turn yellow to dark brown as leaves become older. The slightly incurved leaves and variably colored marginal spines appear to be consistent features of the species.
Flowers: Dull scarlet to bright red crowded in dense very short raceme on the branched stalks, flowers are tubular and droop. Up to five flowering branches may be present at one time. The shape of the racemes varies from cone-shaped to head-shaped or rounded.
Blooming season: Flowers in the summer months.
Fruits: It is a capsule, that grows quickly and splits into three parts at the end of the summer.
Seeds: Small, up to 4 mm and slightly winged, enabling it to be dispersed by the wind

Cultivation and Propagation: Very commonly encountered, it is a resistant plant that usually does not give many problems in cultivation, and many people grow it without giving it a name. It is a particularly fast-growing, tough and adaptable species. Full sun for a good coloration of its decorative leaves and for flourishing well, light shade tolerated. Abundant irrigation at time of growth. The plants favour mild to hot summers. They can resist some cold and occasional snow in the rainy season although the frosts produce wounds and burns that disfigure their aspect. Needs protection only against severe frost. The leaf tips get damaged below 28°F (-2°C).
Grow it in light, fertile, well-drained, moderate soils, with a slightly acidic pH (5-6). .
Plant in rock gardens and flower pots. Also suitable for coastal planting.
It is a profusely suckering species, and one plant can eventually cover a large area. The plant in itself is very tough and can survive often for several seasons without water, at which point the leaves turn a reddish colour, a sign generally associated with stress.
Maintenance:: Removal of old flower stalks; Divide the crowded clumps periodically. During the winter months, the plants should be grown cool to initiate flower development, about 41-50°F (5-10°C).
Reproduction: By division of offshoots that develop around the outside of the main rosette in spring or by seed. The best results are achieved by simply making stem cuttings. Allow cuttings to dry for a few days and insert into river sand and keep moist. The roots appear after about two weeks. Seeds must be sown as fresh as possible. Fresh seeds germinate quickly at 64°F (18°C). 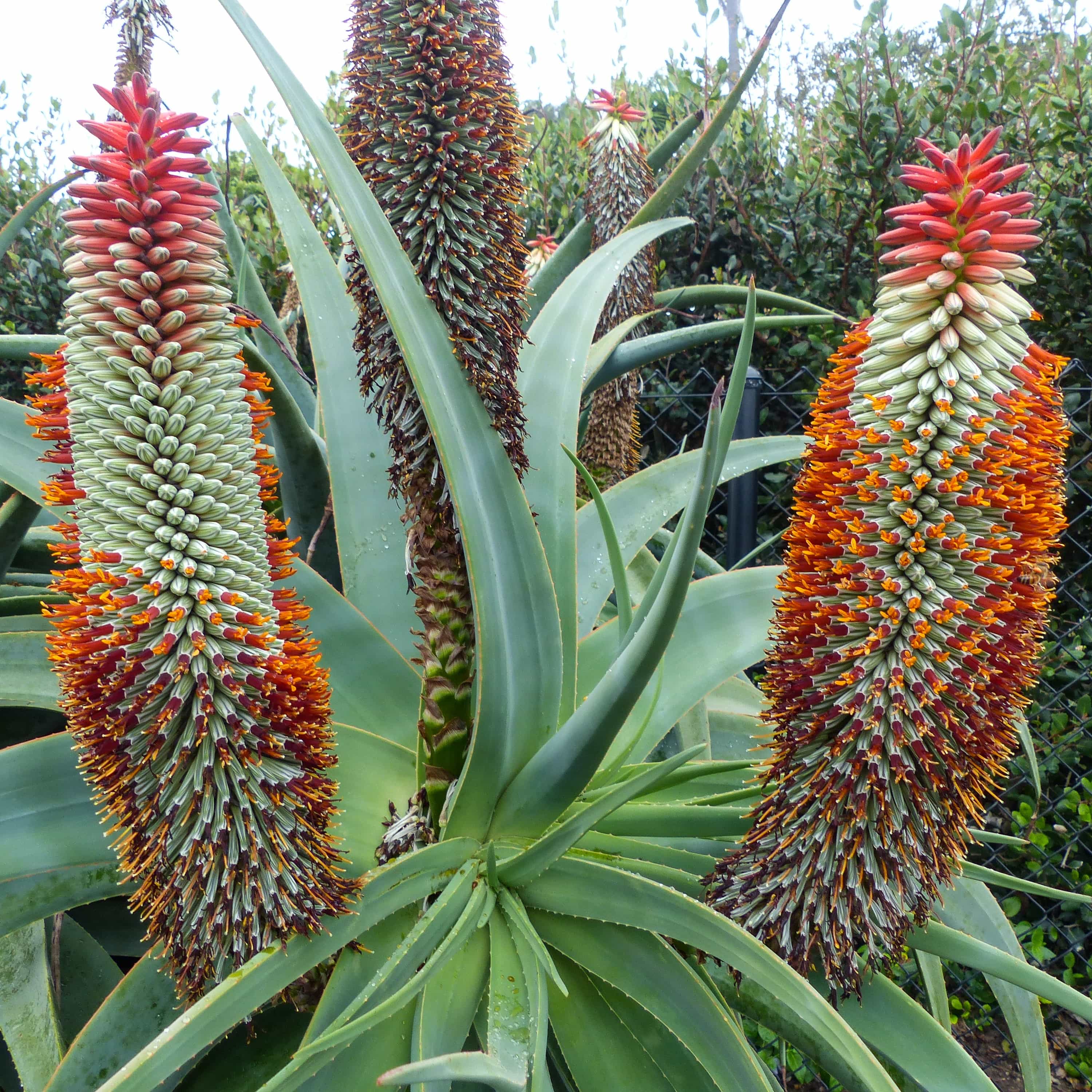 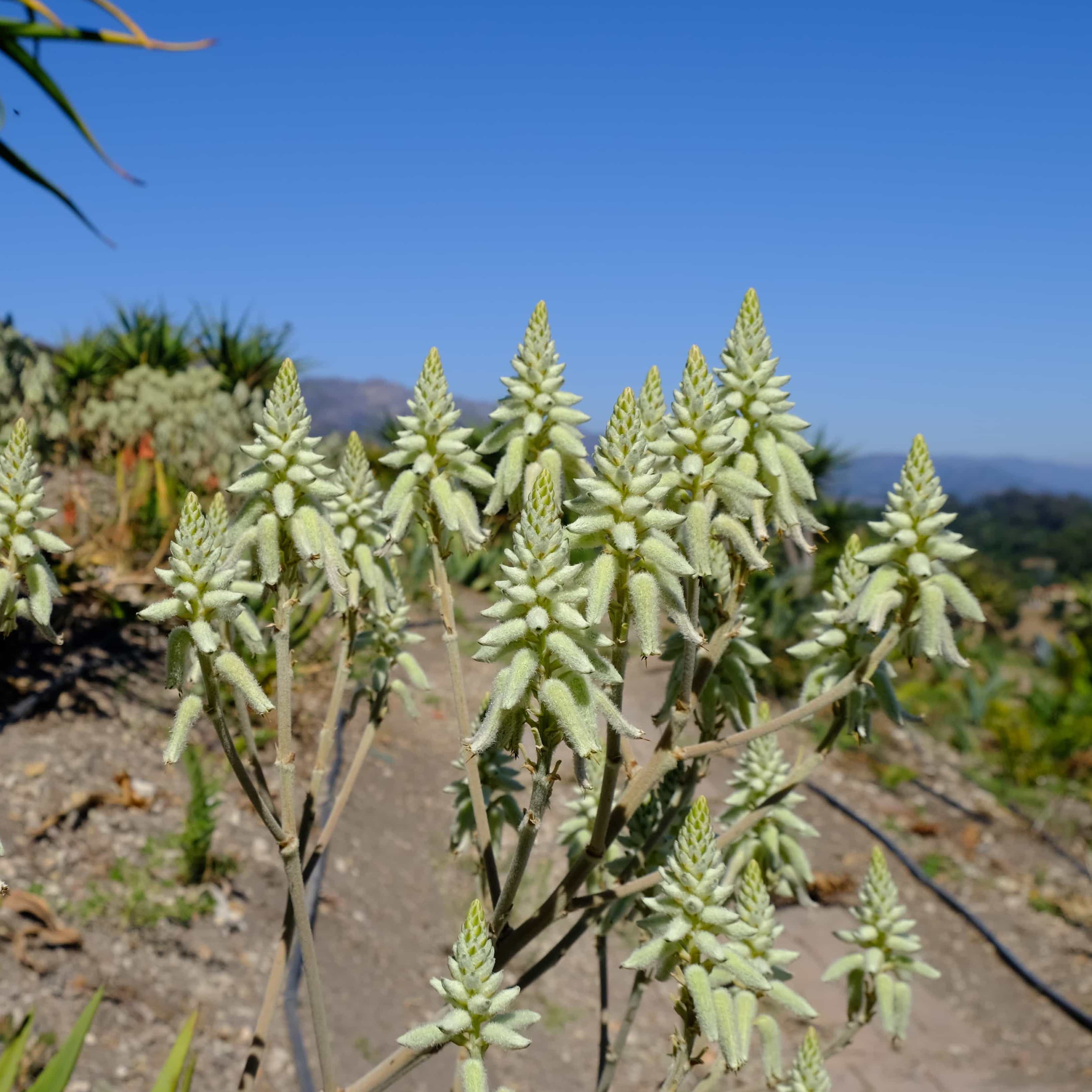 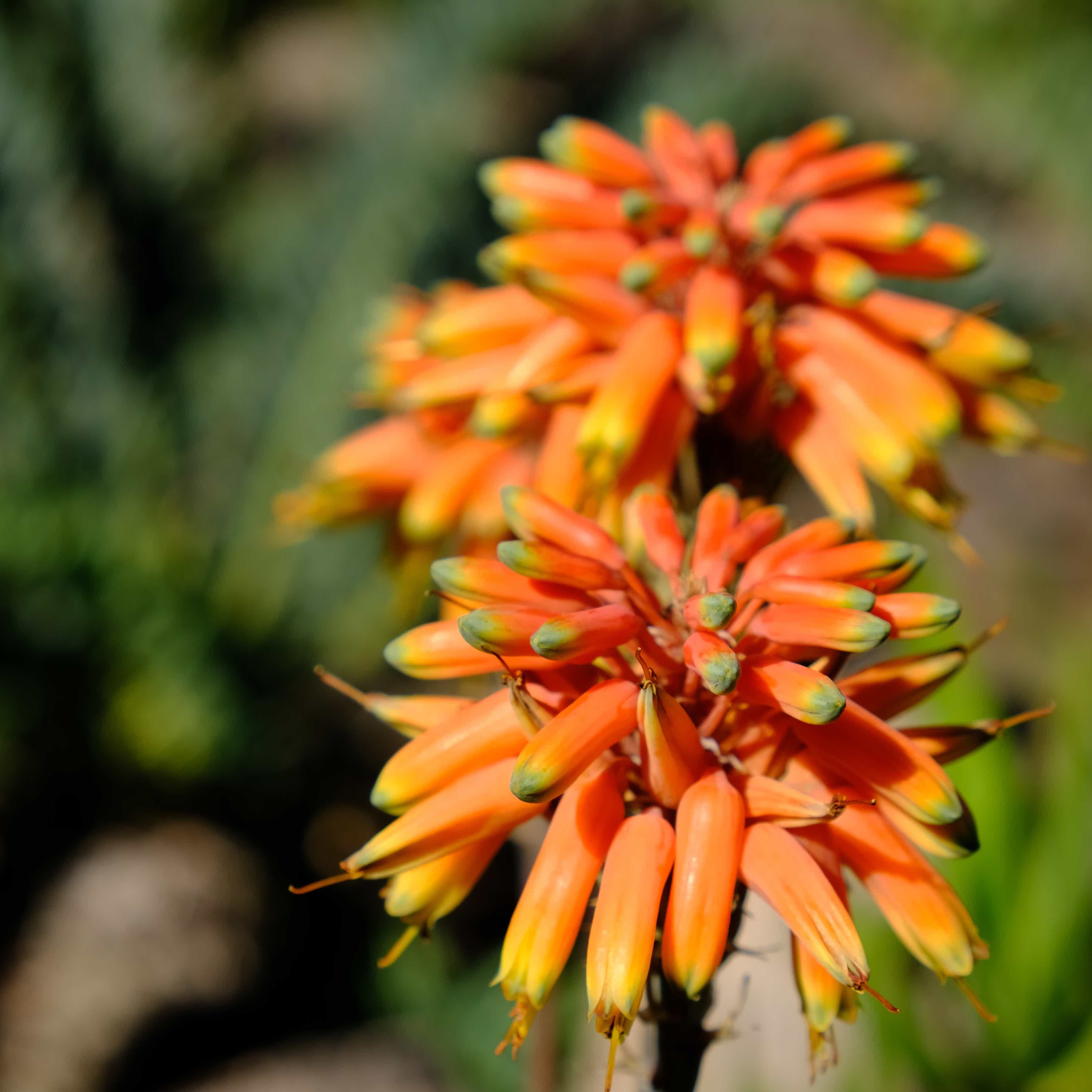