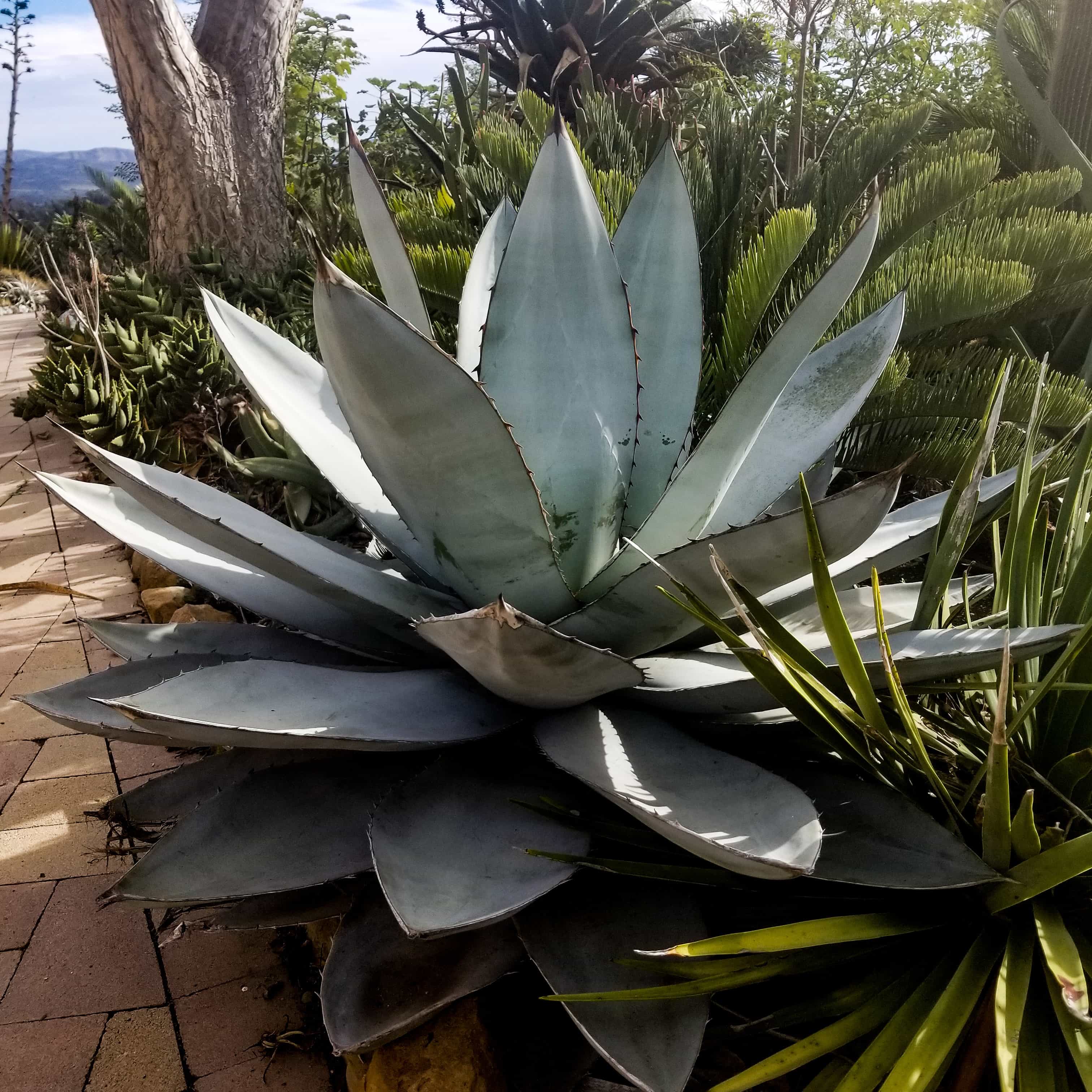 Origin and Habitat: Mexico (Oaxaca)
This plant is as Howard Scott Gentry described Agave titanota in ''Agaves of North America'' and comes seed collected at or near the type locality at Rancho Tambor in Oaxaca, Mexico where it grows on limestone cliffs and ledges.
Habitat: Endemic to limestone hills.
Ecology: Like most Agave species, this plant is monocarpic, meaning that it will only bloom and bear fruit once during its life before dying. As Agaves approach maturity at 10 to 30 years of age, they accumulate a large amount of carbohydrates in their tissues that provide the energy that fuels the rapid development of the large flower spike. In nature, pollination by migratory nectar-feeding bats initiates the production of seeds that will be dispersed by the wind and produce the next generation of plants. 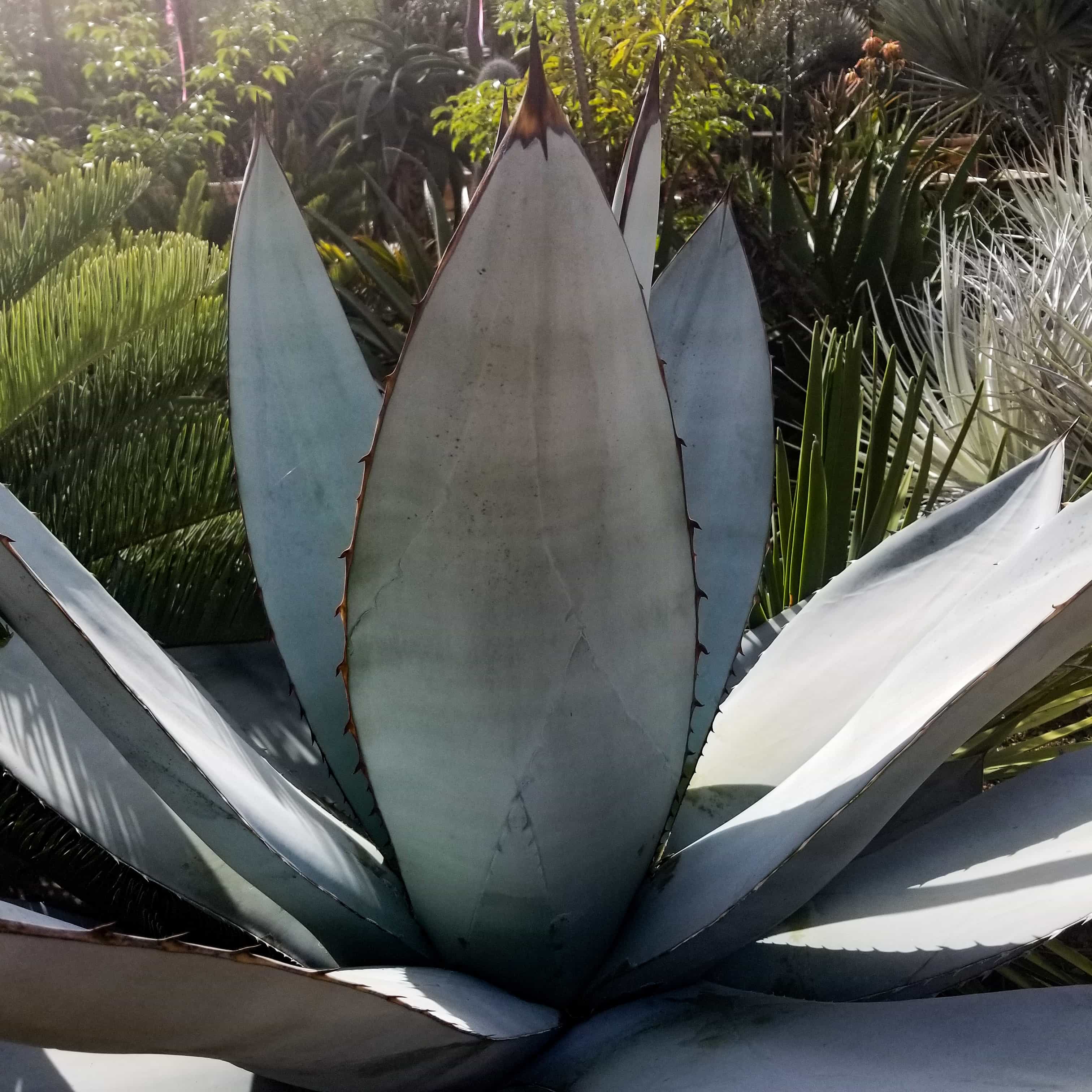 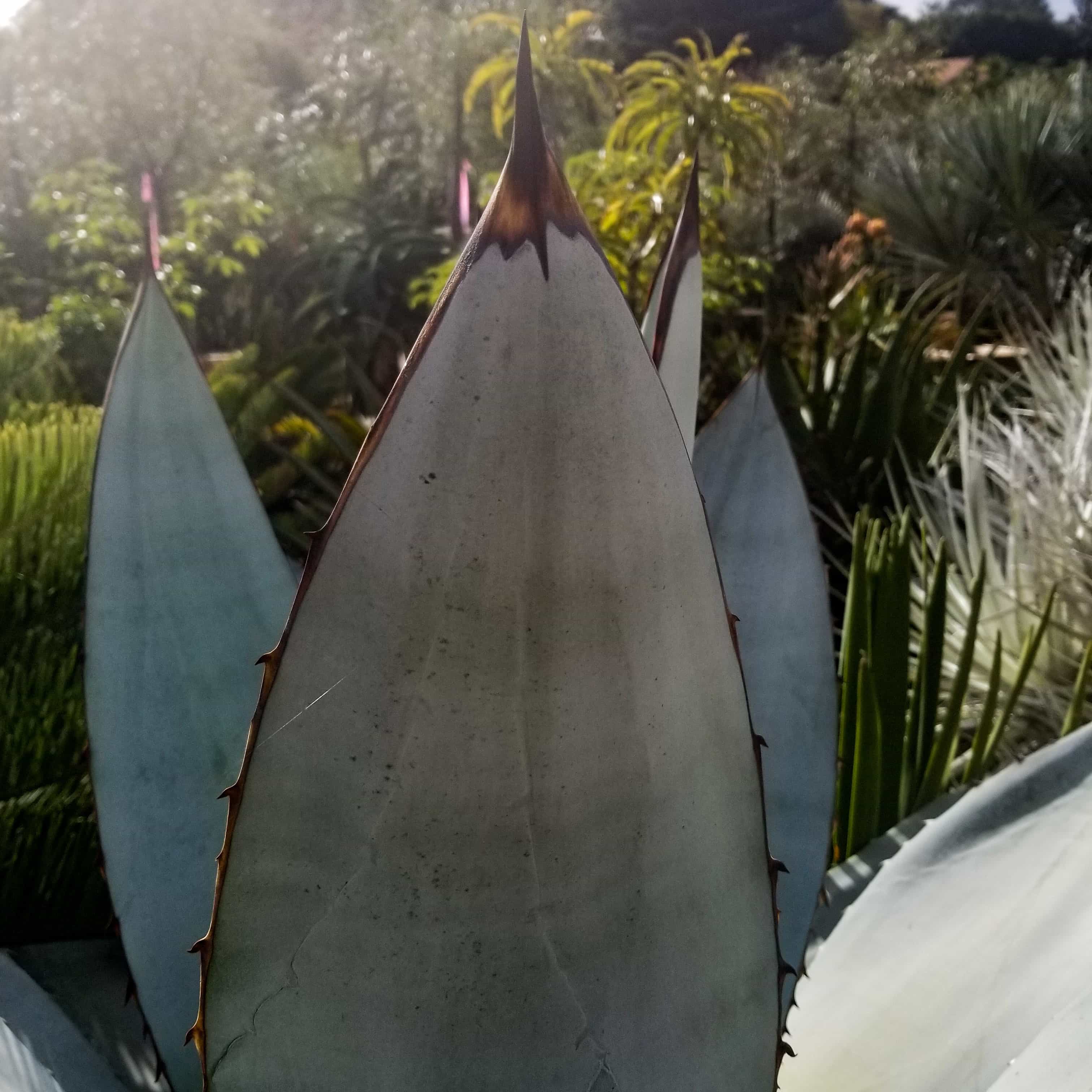 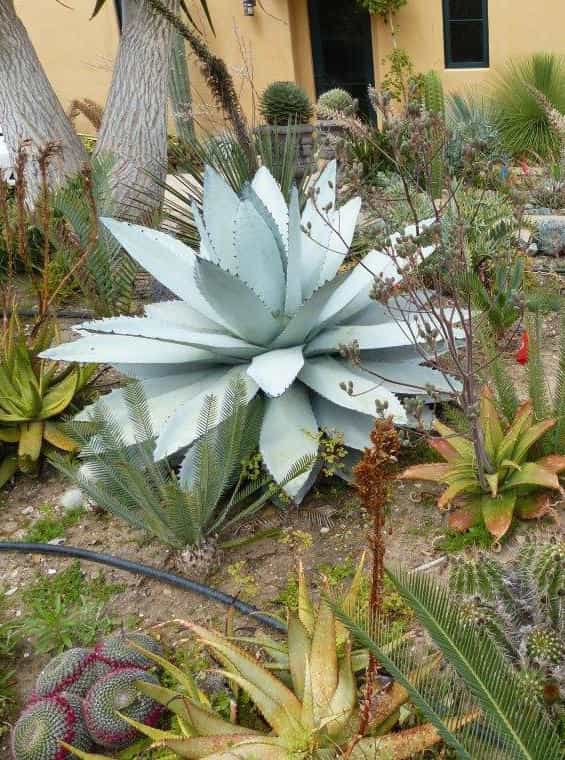 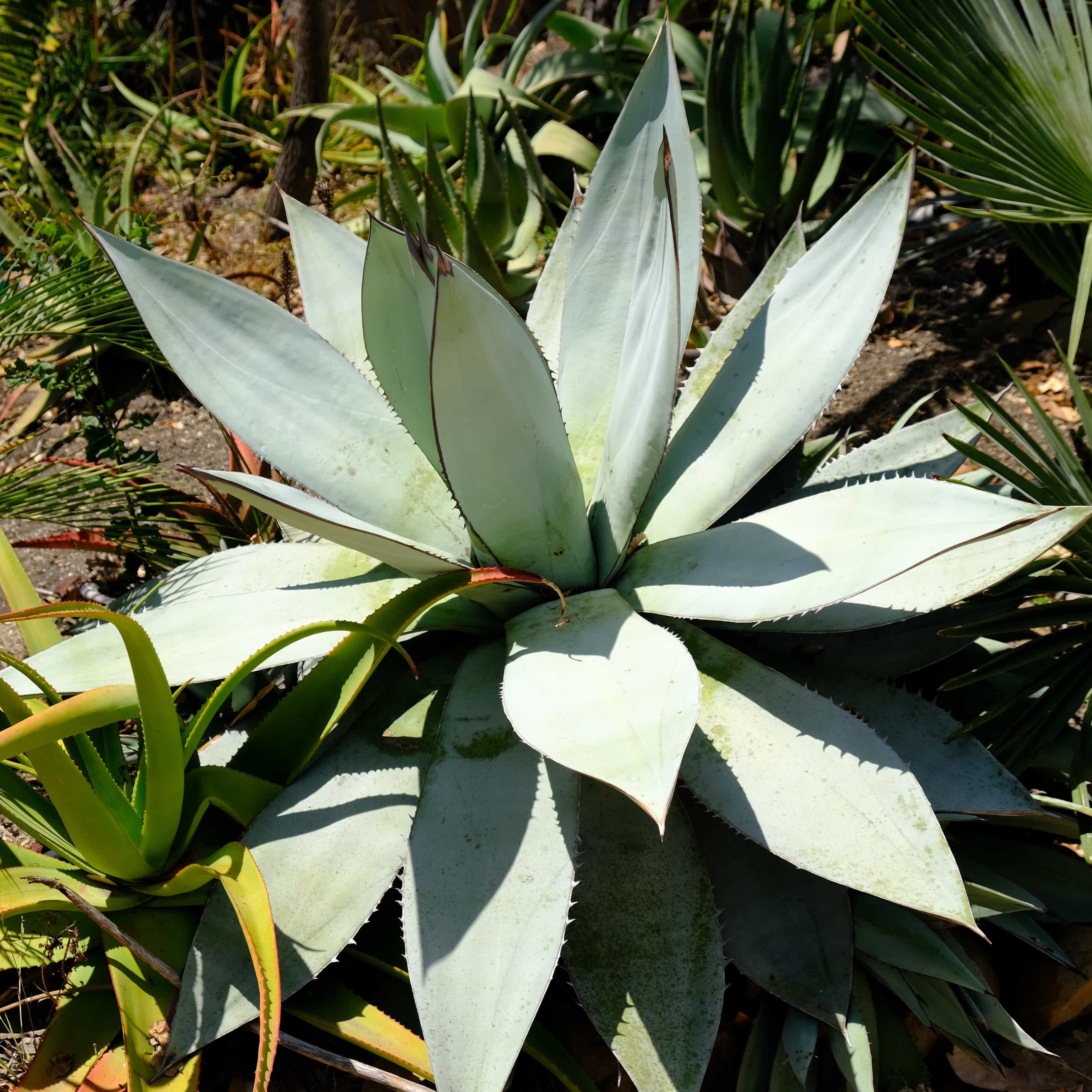 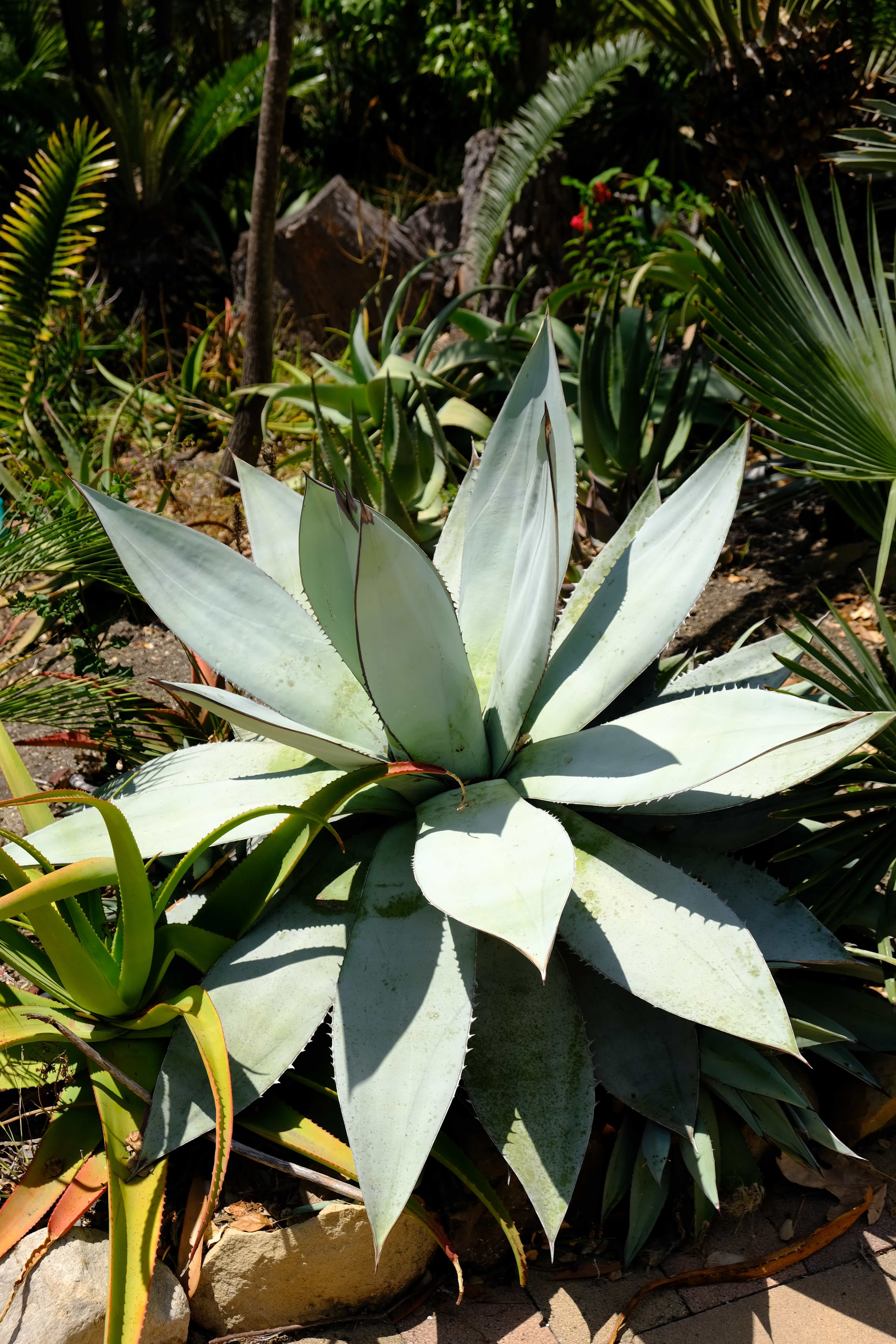 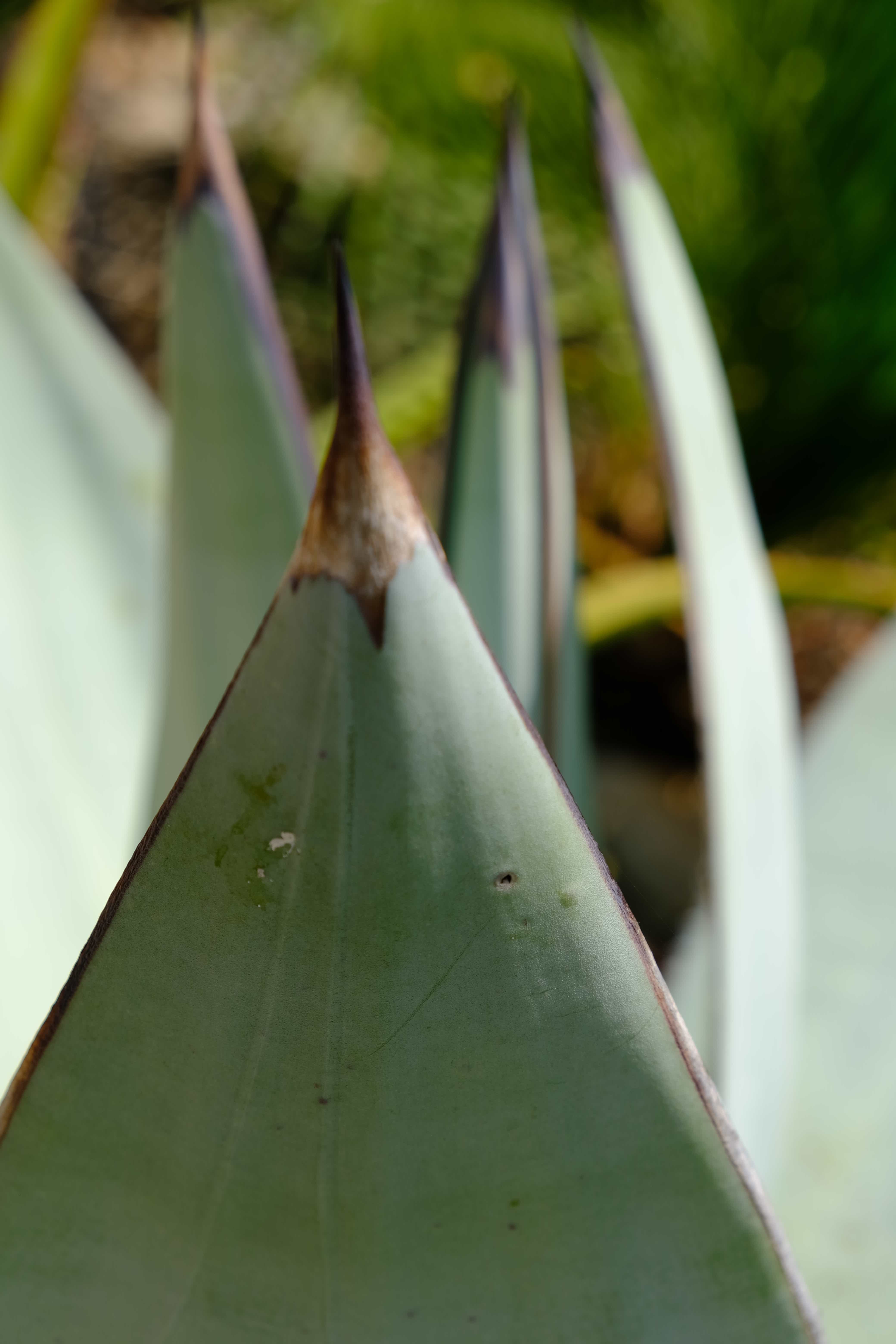 Description:Agave titanota is a medium sized agave that is extremely robust looking and form a mostly solitary rosette with wide, open crown of few leaves, up to 75 cm in diameter. There are two different looking forms of this plant, the typical Agave titanota defined by Gentry with ghostly white colored leaves gradually blend in habitat into the squatter round, greener form described by Felipe Otero (frequently sold as Agave sp. Sierra Mixteca FO-076), but some blue plants are found isolated at the edge of the range of the green populations, with no green plants around.
Leaves: Wide alabaster-white (in the gentry form), deep grey-green or pale blue (in the Felipe Otero form) up to 60 cm long, 12 cm wide and are broader near the tip and narrower at the base. The margins of the leaves are lined with varying degrees of teeth from nearly toothless to broad papery wicked-looking, parchment colored saw-tooth-like projections.

Cultivation and Propagation: Agave titanota is one of the most striking and sought-after species and is a relative easy-to-grow though relatively slow growing.
Soil: It needs a very well-drained, soil.
Repotting: Use pot with good drainage.
Watering: Water regularly during the growing season from spring to autumn. In winter watering this plant can be done once every 1-2 months, there is no need to mist the leaves. Plants cultivated outdoors are drought tolerant and takes blasting heat and full sun.
Exposure: It do well in full sun or a lightly shaded area.
Feeding: During the beautiful season it’s good to enrich the soil using a fertilizer rich in potassium and phosphorous, but poor in nitrogen, because this chemical element doesn’t help the development of succulent plants, making them too soft and full of water.
Hardiness:Agave titanota is hardy to 27°F (-3°C), particularly when dry but it is best to avoid freezing temperatures.
Heat Tolerance: Excellent
Uses: Because of their symmetrical form these plants are very attractive when grown in pots, containers, rockeries and embankments. They are quite versatile. Plants can be grouped together or planted among boulders in a rock or cactus garden.
Propagation: Relatively easy to propagate by seeds or by suckers (if available). Sow at any time of year in a well-aerated compost at a temperatures of 72-75°F (22-24°C). Stand the pots in water, moisten thoroughly and drain. Scatter and press lightly the seed onto the top of the compost. But do not cover the small seeds with compost. Secure a polythene bag around the pot or cover the container with glass or and place in a warm shaded place. If possible, germinate in a propagator. Some seedlings may appear within a week or 10 days others will take longer. At lower temperatures, germination usually takes considerably longer. Once germination has taken place, remove gradually the glass or plastic and move into a good light but not in direct sun. If the young plants are exposed to too much sun, or the compost dries out, they may stop growing and often turn red; once they stop, it is often difficult to persuade them to start growing again. Never let the pots dry out-but don't saturate them either. A sodden compost is as harmful as a dry one.
Remove the basal suckers in spring or summer and let the cuttings dry for a few days before inserting in compost. 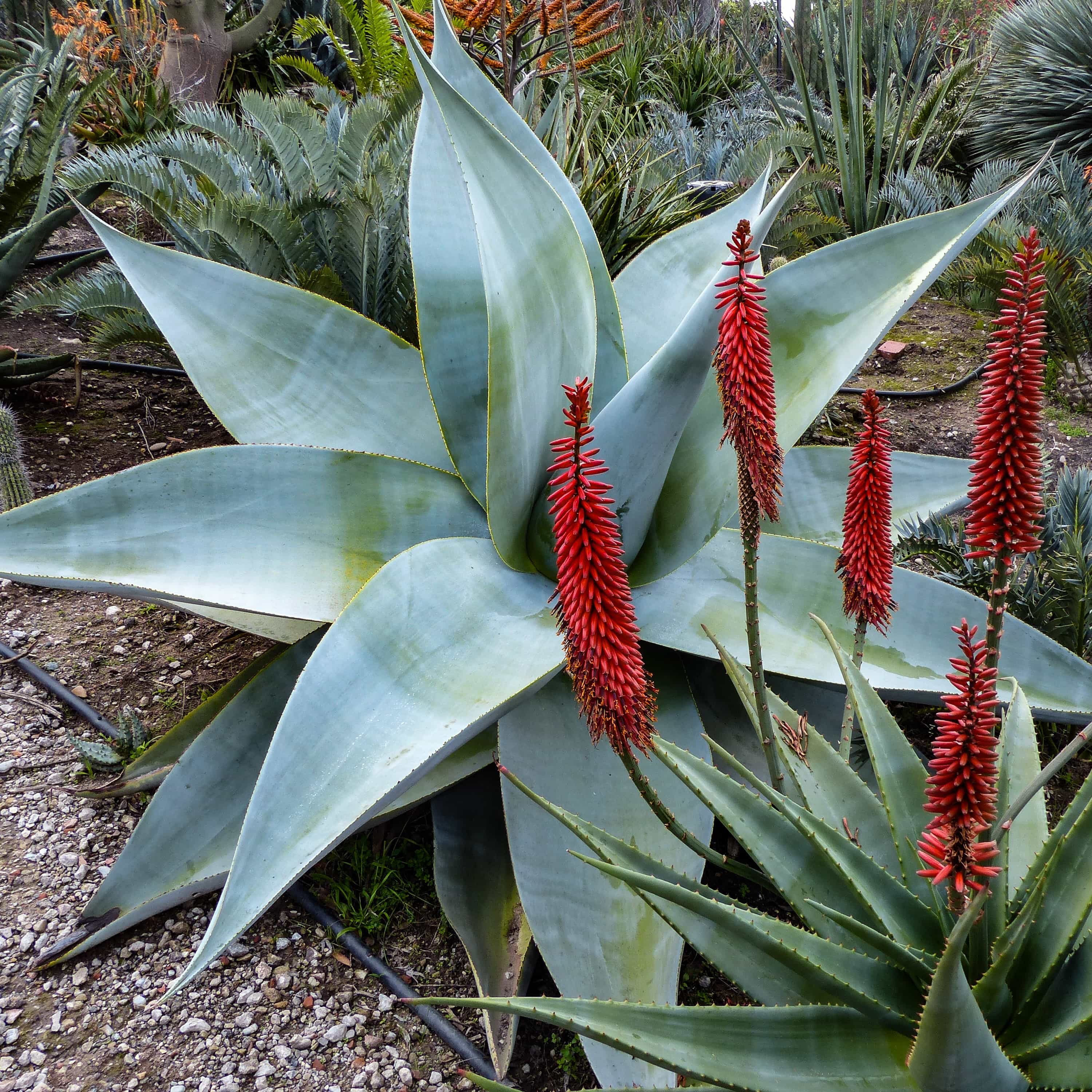 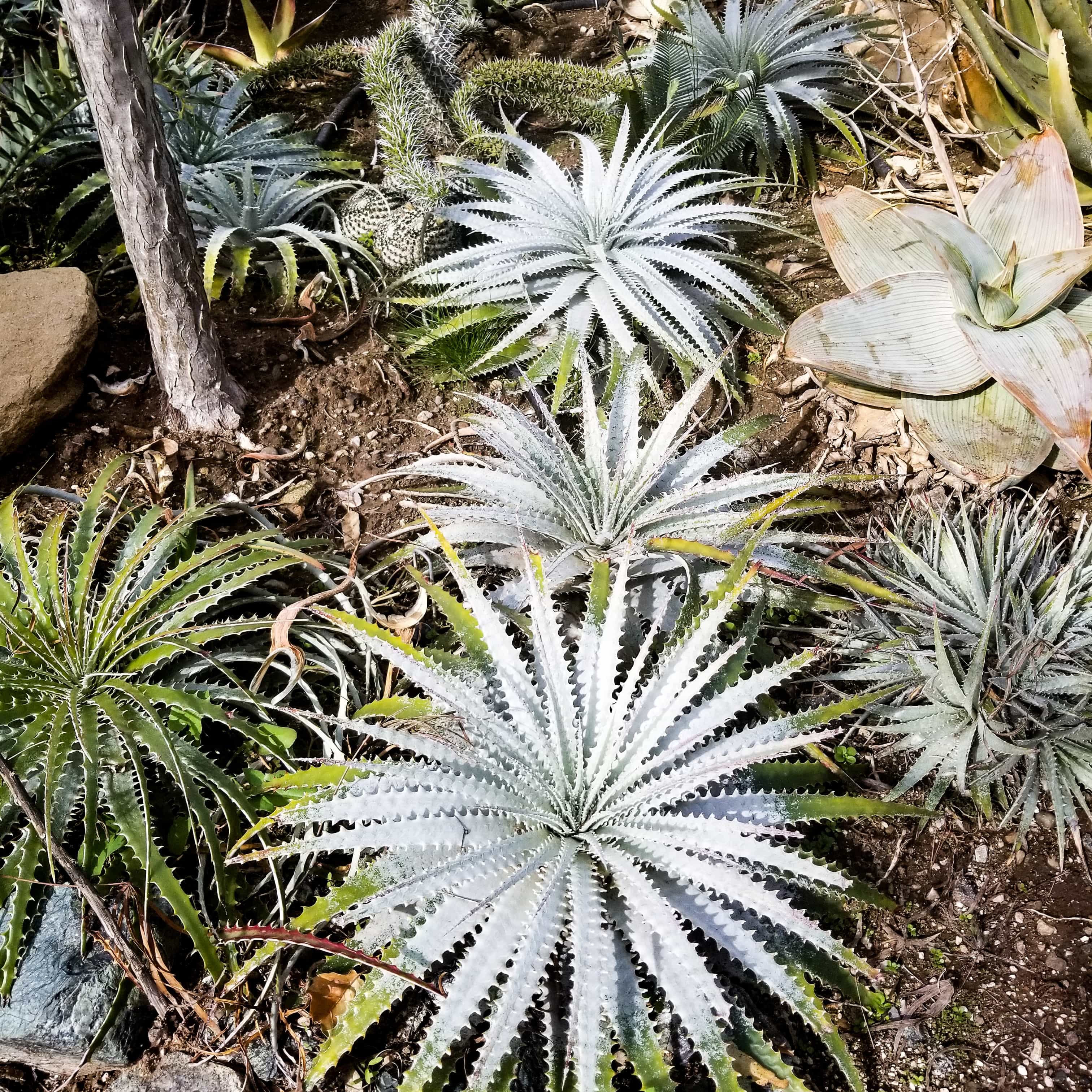 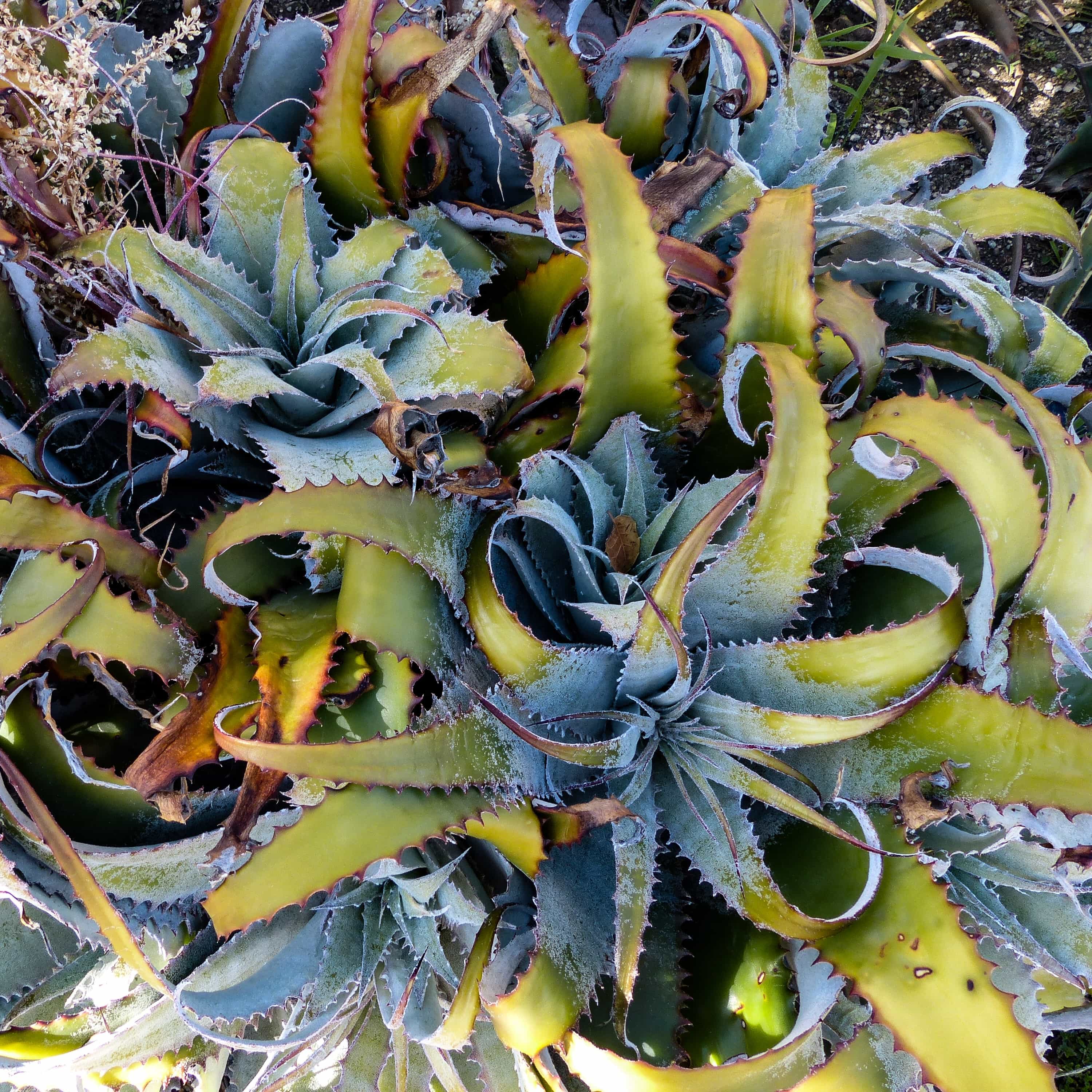